“I’m greatly concerned and very protective of the expansion population. They are living healthier and happier lives as a result of their receiving coverage, and for them to lose that at this point would be very hurtful for them. And it’s about people — this is about people. And 210,000 people in my state,” the Nevada Republican told CNN at the National Governors Association meeting in Rhode Island.
He said he has not yet reviewed the bill, but “generally, my understanding is the bill isn’t that much different than its previous iteration.” 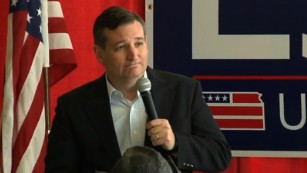 New GOP health care bill could allow cheaper plans with fewer benefits
Sandoval’s position is seen as crucial because Nevada Republican Sen. Dean Heller has closely tied his own vote to the state’s popular governor’s stance. Sandoval said he had not yet spoken with Heller today, but would likely do so Thursday evening.
Sandoval told CNN he plans to meet one-on-one with Vice President Mike Pence, Health and Human Services Secretary Tom Price and Centers for Medicare and Medicaid Services Administrator Seema Verma when those three officials visit the NGA. Pence is set to speak at a Friday lunch; Price and Verma will address governors early Saturday morning.
Sandoval said he’s spoken personally with Pence, Price and Verma in recent weeks — but that they haven’t moved him off his position that the phase-out of the Medicaid expansion included in former President Barack Obama’s Affordable Care Act would be devastating for the 210,000 Nevadans who have gained coverage.

Trump in Paris: Compliments and a hint of compromise
Comment

Adam Nuhu: A case for suspended MD of FCMB —By Vincent Akanmode

SUSPENSION OF UNICAL BURSAR: A CASE OF INJUSTICE IN THE IVORY TOWER –By Bassey Edet Asuquo

Why Covid-19 spares the poor—Doyin Okupe

Adam Nuhu: A case for suspended MD of FCMB —By Vincent Akanmode

SUSPENSION OF UNICAL BURSAR: A CASE OF INJUSTICE IN THE IVORY TOWER –By Bassey Edet Asuquo

Why Covid-19 spares the poor—Doyin Okupe