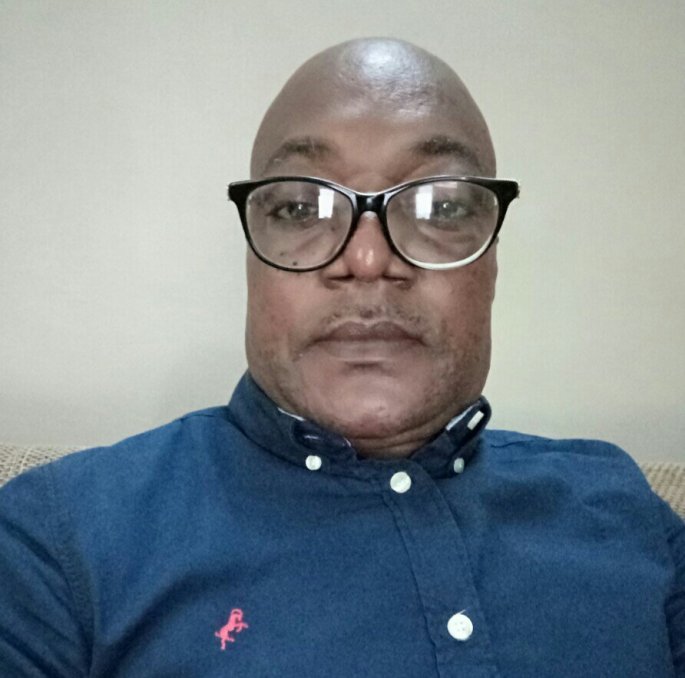 On that day of his inauguration on May 29, at the Calabar International Convention Centre (CICC), where thousands had defied the sweltering sun to behold his formal coronation as the first governor of northern Cross River extraction, Senator Professor Ben Ayade was like an athlete in a relay team handed the baton to continue the race. That much was perhaps on everyones mind. He was expected to continue with the new normal. Struggling and sluggish.
He was inheriting a state where its citizens were happy and content, a state of affairs where existence was all that preceded essence and survival was all that mattered. We were all happy with our civil servant toga as a state. We did not want any “disruptive influence”, no matter how well intended. Just continue with us the way you met us.
Everything was “just okay”. In our servile existence, we had for long worn our docility like a badge of honour. We venerated the then existing club of a few “noblemen” as idols and in our idolatry, we worshipped them, kowtowed to them for our basic survival.
In those days, the city of Calabar was like Lagos, Abuja or London to rural dwellers. Not many ever dreamt of stepping foot. It was an enclave for a few privileged fellas we held in awe. Next to the elite and privileged clan were the civil servants. They were few and far between. A gulf had existed then between them and us.
There was “quiet”, “peace” and “order” in the land. We were greatly bonded by our subservience and resignation to fate. We were quite comfortable with the socioeconomic circumstances that were our lot or that were foisted on us. And we accepted them as our due share from God.
Our dear Cross River! We wallowed in laughter and joy in the face of our deprivation of lack and want.
It meant nothing to us even when our land was reckoned in excess and a juicy part of it was negotiated away without any formal conversation or due consultation and no resistance either. As if we knew ahead that oil was no longer going to play a major role in the international politics, we simply laughed it away and thanked our leaders for supervising or doing nothing over the relocation of 76 oil wells to a neighbouring state.
As serfs, we dared not say a word because whatever that was considered alright to our feudal Lords was acceptable to us. We were happy to be so unfamiliar and unbothered with such terminologies like internally displaced persons (IDPs) such as being enjoyed in Bornu, Benue, Plateau and Adamawa today.
We have always been a happy and acquiescent people. Even when government was being run like a secret cult, we were the happier for it. What did it matter anyway, even if we knew it was only 60 or at best persons that made up the government? After all, what you dont know, doesnt hurt you. Ignorance, they say, is bliss. We found joy living from hand to mouth and living one day at a time as long as we remained a civil service state. This appellation gave us so much pride and we wished it did not have to go away one day.
For over 23 years, long before our 76 oil wells were donated to a sister state, there was a freeze on recruitment into the civil service. It made good sense then not to recruit people into the states workforce because it was better to offer them fish than to open their eyes to the art of fishing, which in the process could have created an egalitarian society. God forbid!
Ichabod! Ichabod! The glory hath departed from our state.
We were in such a blissful state until Ichabod left us on May 29, 2015. Until 2015, the word industrialization was not native to us. Totally alien. It only existed in the vocabulary of other states, not our Cross River.

Then came Governor Ben Ayade with his egalitarian pursuit of happiness for all. Haba!
On the day of his swearing in, he clearly cut the persona of a gadfly. An avant-garde with an uncommon approach to governance. He spoke with so much gusto and bravura. Like an eager beaver, he evinced a leader in a hurry to make an impact. He burned to recalibrate the economic architecture of the state.
His advent signposted the emergence of a new generation of leader. A paradigm shift. Cross River was on a cusp of history. A new song was being written. A whole new chapter was being penned. The very “disruptive influence” we so much feared became the highpoint of his governance- prompt and regular payment of salary, lifting of a 23-year-old embargo on recruitment into the civil service, tax exemption for zero income people, establishment of the largest garment factory with spinoff benefits for over 3000 women, most of whom are widows, the setting up of the state-owned pharmaceutical company (Calapharm), the first in the whole of the South South of Nigeria; the Rice seedling and multiplication centre; the San Carlos banana plantation in Odukpani; the cocoa processing mill in Ikom; the Ogoja automated vitaminized rice mill; the British/Canadian international school in Obudu; the ongoing construction of noodle factory; the toothpick factory in Yakuur, among several other “disruptive” ventures across the state in just less than four years. Why does he want to vanquish our time-honoured laidback, civil servant status we had long held so jealously?
It is on account of this wind of industrialization currently sweeping across the state that the governor must be stopped in his tracks before it is too late. Why shouldnt he be stopped?
Why should he attempt to decouple us from our dependence on measly federal allocation with his unrelenting industrialization drive and his insistence on constructing a deep seaport when all we want is to continue to function as a state reduced to want in body, soul and spirit?
For no just reason, this governor that has become the pride and jewel of the states workforce decided to give a sense of belong to thousands of Cross Riverians, many of whom have nicknamed him the “Alert Master”, on account of the regular salary alerts they have become accustomed to for the past three years. That is why he must be stopped in his tracks, ahead of 2019.
Wittingly or unwittingly, he is succeeding in completely blurring the line that had existed between “them and us”, no thanks to his inclusive governance approach where every hamlet now boasts of an appointee in government. So what is going to happen to the master/servant status quo relationship that was once the defining feature in governance?
Again, just when we thought we had put the wounds of the brazen expropriation of our Bakassi Peninsula and the attendant ceding of our 76 oil wells behind us, the governor has been crying his eyes out for redress while those under whom the unconscionable infraction actually took place continue to play the ostrich. What kind of a defender of the people does he think he is anyway? Are we not happy that this happened? After all, we did not raise an eyebrow.
Again, hear this: Politics with ethics. Whats that? Who plays politics with ethics in this part of the world? Providing a shoulder for your neighbor to lean on? Haba Governor! This sounds so strange! Your neighbor must not lean on you! Let them fall and die. Yes, fall and die. That is correct politics. Now you can understand why you must be stopped in your tracks for being Bobo Nice with the so called neighbor whose brand of politics is rather an undiluted PHD (Pull Him Down).
In absolute fidelity to what you said then on May 29, 2015, “The wages of honest labour shall liberate families from the clutches of hardship and hunger, no longer shall children go to bed on an empty stomach under my watch.” It sounded then like an empty boast, but then, you went ahead to abolish taxes for civil servants below N30,000 a month as well as the exemption of levies for artisans, petty traders operating in the state, created at the last count, about ten thousand jobs. Yes, you must be stopped, since you do not know that politicians, particularly in Nigeria promise in poetry and deliver in prose, so that you dont go on and create one million jobs when you would have been sworn in on May 29 2019, as it is obvious that there is no contender against you.
Mr. Governor, you came at a time when the state was on a razor edge between renewal and collapse; hope and despair. Change was all that was needed, but change has never happened so easily, as each time it is to happen, the status quo always pushes back. So expect a push back.
But because you came like a mystery wrapped in an enigma of riddle, you remain the protagonist in the big story of Cross River State until 2023. Continue to put your shoulders to the wheel and strive for what is best for the state. For that is the stuff legends are made.